Dedicated to the memory of Makai – Mk-7 Dolphin, USN 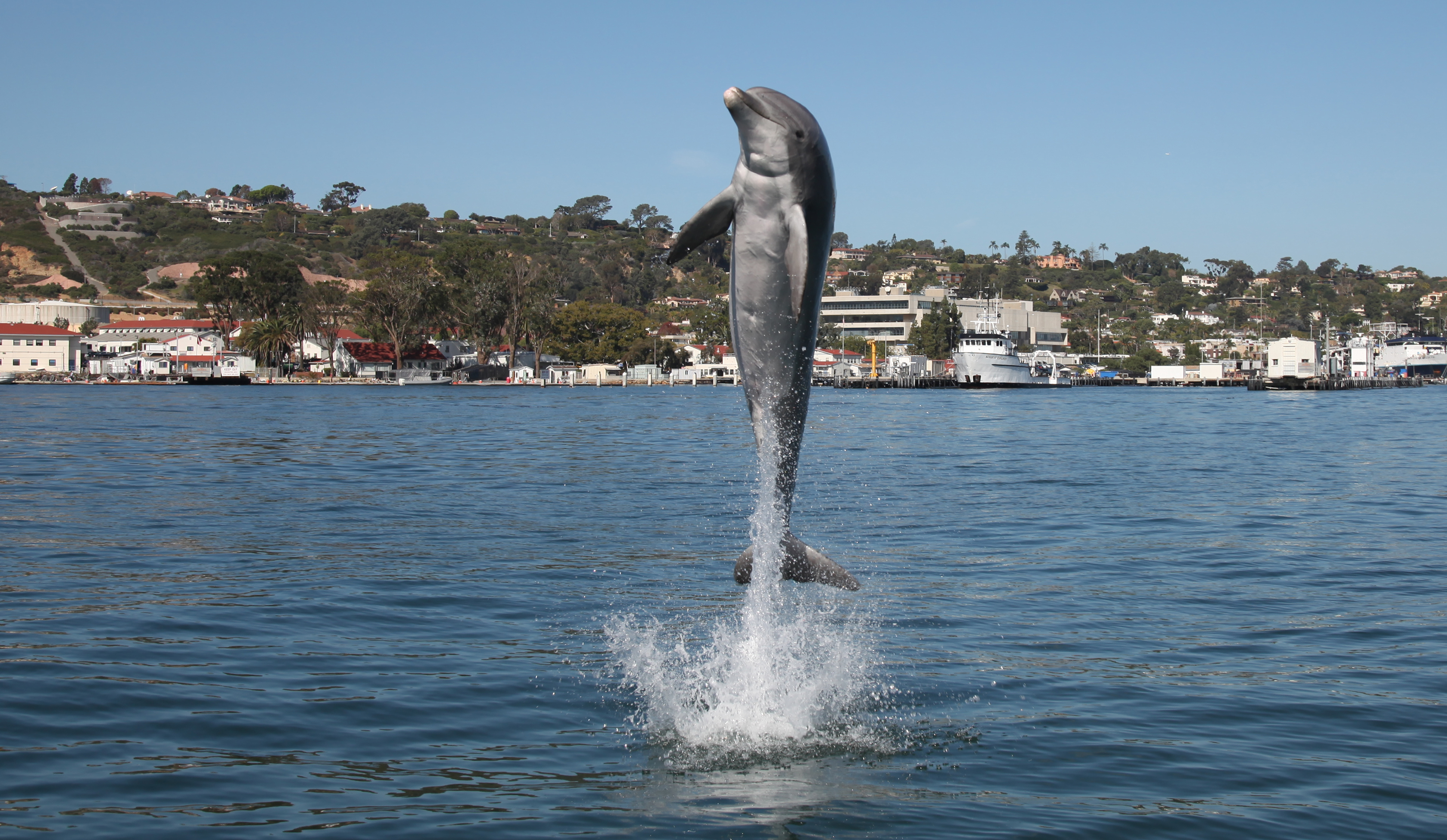 Oh, what tales he would tell…

In 1974, off the shores of Mississippi, a young Atlantic bottlenose dolphin was caught for the U.S. Navy. Mammal experts estimated that he was three-years old at that time. He was given the name “Makai”. Little did he know that he had joined an elite group—the Navy Marine Mammal Program (NMMP). Thus began the adventure of a lifetime and an amazing story about a dolphin who served the Navy and the nation.
Early in his career, Makai was stationed in Key West, Florida and made multiple deployments to Mayport, Florida and Hawaii. From 1993 to most recently, he was reassigned to San Diego, California, North Carolina, Camp Pendleton, Hawaii and finally San Diego again.
Makai was the first dolphin to complete the Buried Mine Readiness Certification. He was a stalwart dolphin—his ardor, diligence, and dependability made him a mainstay in mine warfare exercises, training missions, and real world mine counter measures.  However, it was his character—a nexus with the human species and genuine enthusiasm to work with his handlers that catapulted Makai to rock star status within the NMMP community. He was just a very
likable dolphin. When it was time to go to work, he set the standard.  But Makai also had a sense of humor and élan about him which impressed everyone he worked with and, most certainly, made an impression on the young dolphins who learned from him.

By the late 1980’s and in the years that followed, demand for mine detection and clearance operations increased world-wide. In response, the United States Navy deployed Makai to many overseas theaters including Canada, Denmark, Korea, Kuwait, Germany, and Norway. His achievements, and those of his dolphin and sea lion compatriots, elevated the reputation and the standing of the NMMP internationally.In his long career Makai racked-up an impressive list of “firsts”, but undoubtedly the most significant was his assignment to Task Force 55 as part of the NMMP element which conducted Mine Countermeasures (MCM) operations during Operation Iraqi Freedom in 2003.

During that conflict, Makai and eight other dolphins went aboard USS Gunston Hall (LSD-44) in Manama Harbor, Bahrain in early March 2003. On the 20th of March, USS Gunston Hall cast lines and sailed north up the Khawr Abd Allah waterway and into the deep water port of Umm Qasr, Iraq. There the dolphins conducted mine countermeasures clearance operations as U.S. and coalition forces engaged elements of the Iraqi Republican Guard during the battle of Umm Qasr. Live fire was exchanged as close as 500 feet from the piers in which they were housed. During this kinetic exchange, Makai was the first to enter the water for mine clearing operations during yet another first—the first time Navy marine mammals were used in mine clearing operations during military action.
Through the rest of March and into April 2003, Makai participated in dozens of sea-lane clearing actions which expedited the entry of the HMS Sir Galahad (T226) into the port of Umm Qasr to deliver desperately needed humanitarian aid to the Iraqi people. In the years that followed, Makai’s echolocation system and eyesight degraded to the point that he was unable to continue operational or training assignments in open water. The story in the pages of this work tell of Makai’s unsinkable enthusiasm to continue to try to board the boats and head to sea with his handlers. Even in his declining years his effulgent spirit and depth of character enamored him greatly in the hearts of his humans.
Like all Navy marine mammals, Makai was treated to a life of luxury and comfort in his retirement years and was allowed to fraternize with the female dolphins when young dolphins were needed. Owing to his extensive experience and maturity, Makai not only sired a great number of young dolphins, he assisted in their socialization and in the development of their mission skills.
For forty-three years Makai lived an adventure, an odyssey really, working with humans in a mission which saved lives and served our nation in peace time and in war. On 11 April 2017, Makai, the most celebrated dolphin of OIF and perhaps the most beloved and respected mammal in the history of the Navy Marine Mammal Program, with immense sadness and upmost reverence, was lovingly and mercifully put to sleep at Pt Loma, California.
It was a great loss to the program and a gut-wrenching passing which left an immense vacuum in the hearts and memories of those who knew and loved him.
I have no doubt that Makai’s spirit will live on, not by this simple dedication, not by this unworthy paean, but by his illustrious achievements and by his unbreakable bond with those he worked with.
If Makai was with us today, if he could talk, if he could describe his adventures, what he saw, the wondrous things he did, if he could describe for us those intimate bonds he forged with his humans, if he could tell his story … oh what tales he would tell.